What is Natural Wine? 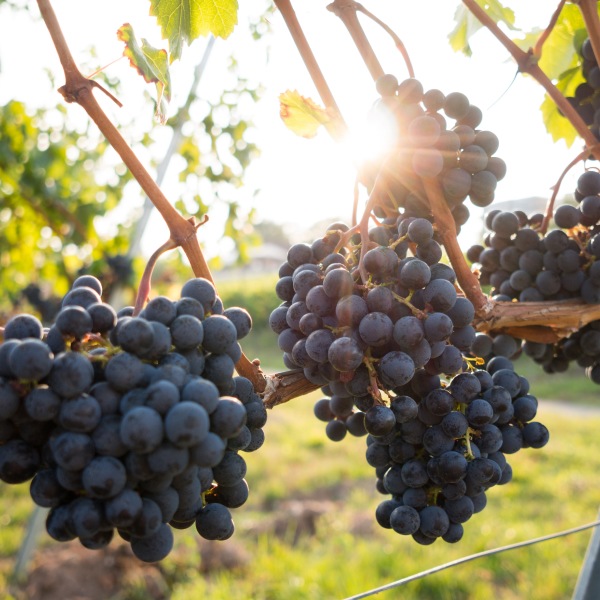 All wines are made from grapes, which are of course natural products. However, the term “natural wine” is used to describe wines that are made with as little human intervention as possible. “Nothing added and nothing removed” is the general guiding principle of a wine-making philosophy that moves away from the conventional use of additives and pesticides that have become a standard in the wine industry, in favor of producing wines that express the qualities of the grape and the terroir to the fullest.

For natural wine makers, it isn’t only about the wine. It’s about nature, about the environment, about life. After all, that’s where wine comes from. It’s made with a fruit, which comes from a living plant, planted on a soil full of microscopic life. Although there are no legal definitions of what natural wines are, they are generally made with sustainable, organic or biodynamic farming and they come from low-yielding vineyards. The grapes are usually hand-harvested, and the wines are free of any additives (like fake oak flavor, sugar, acid, egg white, etc.) and aren’t fined or filtered. Some might have a minimum of added sulphites, which some winemakers use to keep the wine fresh longer after bottling, but that’s about it.

Isabelle Legeron MW, one of the standard bearers of the natural wine movement, considers that natural wine does not refer to just one way of doing things, but rather it’s like “a continuum, like ripples on a pond”. Says Legeron: “At the epicentre of these ripples, are growers who produce wines absolutely naturally – nothing added and nothing removed. As you move away from this centre, the additions and manipulations begin, making the wine less and less natural, the further out you go. Eventually, the ripples disappear entirely, blending into the waters of the rest of the pond. At this point the term ‘natural wine’ no longer applies. You have moved into the realm of the conventional”.

These “conventional” wines are the vast majority. That doesn’t mean that wines which have been heavily intervened are bad. There are, of course, great wines which are in no way part of the natural wine movement. In the latter, we can find wines which can vary greatly in appearance, aromas and flavors. In general, natural wine can be a bit cloudy or have some sediment at the bottom of the bottle, since it isn’t fined or filtered, and can some can have a certain sour, cider-like taste, due to a slower fermentation process. Carbon dioxide, a natural byproduct of fermentation, may give the wine some slight fizziness, which usually disappears on its own. Expect some funky flavors in natural wine, and be open to let yourself be surprised.

What is the difference between organic, biodynamic and natural wine?

Natural wine makes use of organic and biodynamic farming, so all natural wines are organic or biodynamic. The main difference occurs in the cellar, especially over the issue of adding sulphites. Natural wines should not contain any added sulphites, although some may feel low levels are acceptable. Organic wines, on the other hand, can have much higher levels of added sulphites.

Another difference is regulation: organic wines are legally defined and certified, although rules may vary from one place to the other, and biodynamic wines must be made according to the specifications of Demeter International, an organization based on the theories of Rudolf Steiner, the father of biodynamic agriculture. Natural wines, in turn, don’t have a legal definition or require any certification. So, even though all natural wines are either organic or biodynamic, that doesn’t mean that any of those wines is necessarily natural. As Legeron said: “We make the distinction between “natural wines” and “low-intervention organic and biodynamic wines”.

Is natural wine better? And is it true it doesn’t give you a hangover?

First of all, it should be noted that alcohol is always alcohol, and the human body considers it a toxin. It is dehydrating, it disrupts the gastrointestinal tract and it interferes with sleep. Natural wine, like any other alcoholic beverage, can give you a hangover if you drink in excess. That being said, and although there’s little actual research, natural wine is produced from organic grapes, which means no pesticides, and also the lack of added sulphites (or a very low amount in any case) is associated with a better liver function when processing alcohol.

Is natural wine just a fad?

It might look like just another trend, but actually, for millennia, natural wine was all there was. Up until the industrial revolution, and especially until the Phylloxera epidemic of the 19th century known as the “Great French Wine Blight” (but that affected vineyards all over the world), all wines were made “naturally”. From that point of view, conventional winemaking is the fad, while natural wine is rather the continuing of a very ancient human tradition. It does, however, match with a general awareness in consumers regarding the environment and the food and drink they consume.